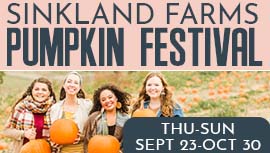 Many folks remember the great bluegrass records from the 1950s and ‘60s. The power and soul of that music has won the hearts of people across the globe. Few bands have come along in recent years that directly draw their influence from that classic era of the music’s history. High Fidelity is a rising group based in Nashville, Tennessee whose love and devotion to that music is unsurpassed. The name alone says it all: High Fidelity. How many record albums have you seen from the ‘50s and ‘60s that bear those words? Herein lies the heart of what this group of young performers is all about.

High Fidelity formed in early 2014, and they received their first achievement in February 2014 when they took first place in the International Band Championship at the 40th Annual Society for the Preservation of Bluegrass Music of America (SPBGMA) Awards. Their brand new debut record, which was recorded live and in one room with minimal isolation, has been critically acclaimed.

The band consists of five stellar musicians and singers who are steeped in the sounds of tradition and outstanding in their field. Jeremy Stephens is the guitarist and lead vocalist for the group. He has worked as guitarist and singer for the world famous gospel group The Chuck Wagon Gang, as a multi-instrumentalist on the television show Ray Stevens’ Nashville, and most recently as a banjo player and singer with Jesse McReynolds & the Virginia Boys. Corrina Rose Logston is the fiddler and first harmony vocalist. She has worked as fiddler and singer with a who’s who of today’s traditional-based bluegrass performers, including David Peterson & 1946, Jesse McReynolds & the Virginia Boys, Chris Henry & the Hardcore Grass, and Jim Lauderdale. Kurt Stephenson handles the banjo duties and second harmony vocals. He is the 2010 National Bluegrass Banjo Champion at the Walnut Valley Festival in Winfield, Kansas, and is a staple performer of the greater west Tennessee area both as a sideman and with his own band, Stone County Connection. Vickie Vaughn is the bassist for the group. She has worked in recent years with Patty Loveless, The David Mayfield Parade, Valerie Smith & Liberty Pike, and she also fronts her own group, The Vickie Vaughn Band. Daniel Amick plays mandolin. He has won numerous contests and has worked most recently with Kody Norris & the Watauga Mountain Boys and Kenny & Amanda Smith.

High Fidelity draws much of their inspiration from bands like Don Reno & Red Smiley, The Stanley Brothers, The Louvin Brothers, Jim & Jesse, and a host of lesser known regional artists from the same era. Many have described them as the new Johnson Mountain Boys, interpreting classic era bluegrass through the fresh, young perspective of today’s generation. Maybe it is this quality that makes High Fidelity so warmly received and widely loved by every audience they perform for – both by the grandparents and the grandchildren.

Tickets are $22.50 in advance and $27.50 during the day of the show. Advance tickets can be purchased in person, by phone or online.

Back to the Event List
Disclaimer: NextThreeDays relies on restaurants and venues to keep us up-to-date as their pricing and weekly specials change. If this special/event is incorrect, please email info@NextThreeDays.com with "Incorrect Special/Event" in the subject line and a description of the issue. Thanks for your help!
Want to hear the latest on what's happening with local events in the New River Valley?
Click here to Sign-up for our Email Newsletter.

Have an event you want to Submit on NextThreeDays? Click here for our Submit Event Form.